What Shape Are Yoda's Ears?

It is COLD, incredibly cold, as cold as it ever gets here. Today the HIGH was -19C.

So, I knit my grandson a helmet style hat, to keep his head warm. I consulted my favourite knitting style experts, my library Kids Can Knit friends. They all agreed that Yoda was perfect for a one year old.

The pattern is from the book Monster Knits For Little Monsters, and the pattern is called Alien Elf. I got the pieces knit fairly quickly. 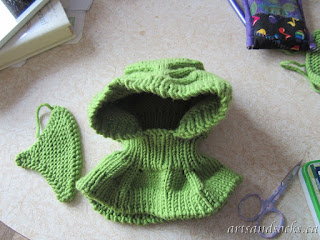 I love that the hat is knit without seams. When you are done, you are done, except for the ears. I spent three days trying to decide what Yoda's ears looked like. 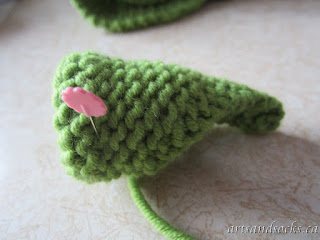 This is the way the pattern suggested. That wasn't what I wanted. 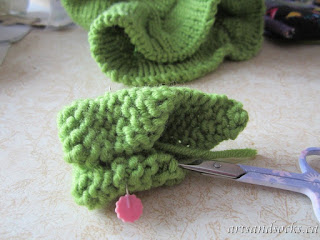 Closer, but still not it. 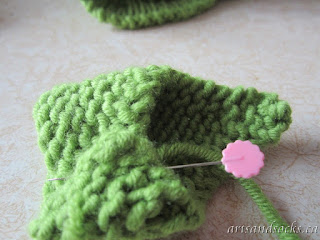 I did an image search on line to see the shape of Yoda's ears, leaving no stone unturned. Then I had a eureka moment. It wasn't life changing but I started looking in another direction. I turned the ear sideways, putting the cast on edge at the top. 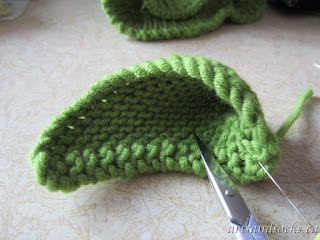 Okay, that looks more like the pictures of Yoda.

Next step was to make the second one a mirror of the first. 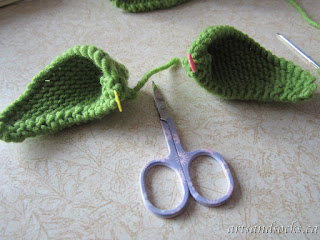 Then attach the ears, smoothly so my little boy won't feel them on the inside. 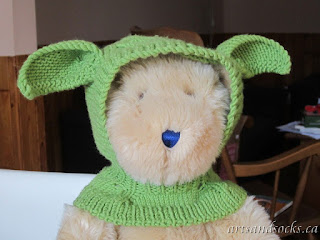 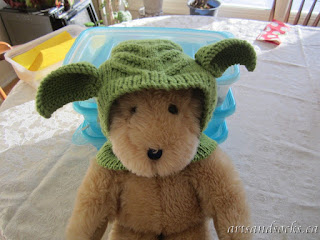 What can I say, I saw the first Star Wars movie when I was in university. In my opinion, it is still the best. 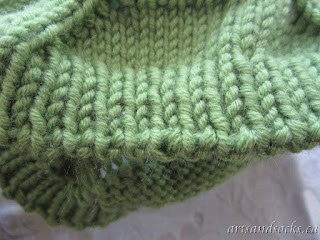 I am rather pleased with the cast off. I used an invisible rib cast off. I had to watch a YouTube video to figure it out, but it makes a really nice finish.

The yarn is Zara Plus Solid by Filitura Di Crosa, an aran weight superwash merino. It is lovely and soft. I used 3.25 mm needles to get a nice tight knit, to keep the wind out. 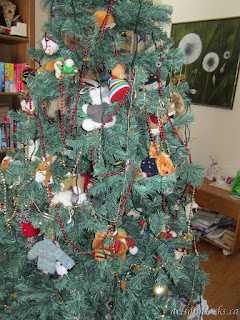 A cat friendly tree. Every day I get to decorate it again. 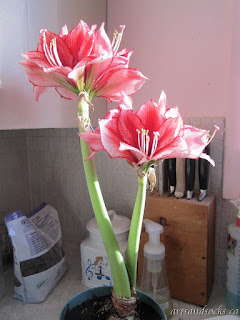 I bought this as a loose bulb in early December. It looks so cheery. 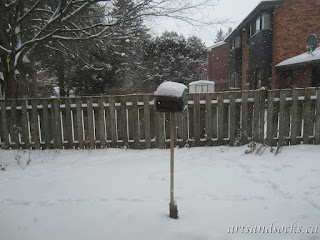 Christmas snow. Click on the picture and you can see the big flakes, just like in the movies.

I hope that you and yours are having a happy and safe celebration, and that all your surprises are happy ones!
Posted by Kate at 11:39 AM 4 comments:

Email ThisBlogThis!Share to TwitterShare to FacebookShare to Pinterest
Labels: Flowers

I am not a "Social Media Influencer", in that I have a small number of blog followers and and even smaller number of Twitter followers. So, if I want to try new things, I buy them and you get my true impression.

Lately, I have seen these fancy new needles on several well known knitters web sites, and the engineer in me had to try them. The principle sounded good.

They are called Flexiflips and they are by Addi.  The idea is that you have three short circular type needles and use them for socks or mittens, instead of 4 or 5 double points. 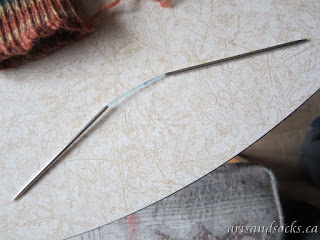 Unlike the short circulars sold for sock knitting, the tips are 3.5" long, instead of short tips. This means you can hold the tip in your whole hand. I have tried the circular sock needles and find them uncomfortable to use. 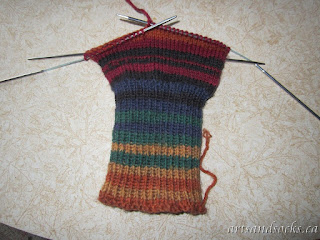 You use three needles, one for the front of your work, and one for the back. The third needle becomes the working needle. Since the needles bend in the middle, it is easy to manipulate the stitches in a round.

The needles have the two different points that Addi has for their needles. 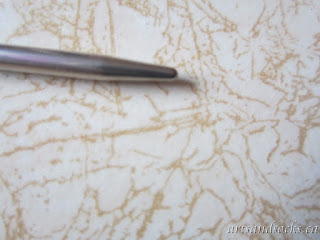 There is a short point, 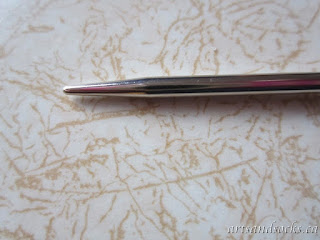 And a longer narrower point (or in my world, a pointier point).

So far, I think they are okay needles, I don't find them any faster to use then my DPN's. I actually think that ribbing is slower, but maybe that is because I am knitting a man's mitten and there is 4 inches of ribbing. I am not sure how well they will work for the thumb, although I expect it is no worse then 8" DPN's.

I can see using one as a cable needle. Since I knit Continental style, a straight cable needle is awkward, when the cable stitches are left to the back of the work. The bend in the middle would get the needle out of the way.

I have knit with two circular needles to make socks and I have the problem that I lose track of which needle is which, ending up with one needle on the floor when I forget to switch. These are definitely superior to that. If you are working a patterned instep on a sock, these would work well for keeping the pattern stitches together. However, for my everyday ordinary vanilla socks, I think I will continue with my DPN's. They take up less space in my project bag, and a set of 5 (or 6) is half the price of a set of Flexiflips. My sock needles are also a handy measuring guide for knitting socks, since I use 6" needles, which is an excellent length for the leg of a sock.

In all, I don't think that they are any easier or harder to use then Double Points. They are easier, for me, than two long circulars and leave less for the kittens to play with.  If you like to try new things, and you are having problems using DPN's, you might want to give these a try. 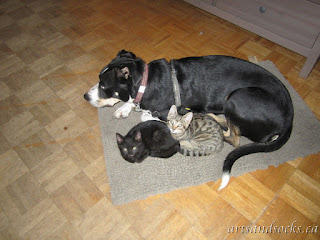 It's good to snuggle with a friend on a cold rainy day.