In my efforts to tidy up and reclaim space, I've read some decluttering experts. One piece of advice I've seen over and over again is to get rid of things you haven't used in the last year, or items you haven't used recently and could replace if you needed them again.

Of course, this advice doesn't take into account that every now and again a severe storm passes through, and we are left with no power for a really significant period of time.

The violent storm that passed through Southern Ontario and Quebec left quite a bit of destruction behind. The giant transmission towers coming into the city were bent over, causing a really large number of residents to lose power. So far, there have been 10 deaths attributed to the storm, all caused by falling trees.

We were very lucky that our neighbourhood had very little damage. Other areas were much harder hit and a local school now has no roof.

Which brings us to the "clutter". When our children were young, we used to go camping every summer.  We slept in tents, on the ground and communed with nature. (Please don't ask about the black rat snake I found sunning itself behind the car.)

In time, we acquired equipment to make the experience a bit more comfortable. It is all still in 4 bins in the basement. It was last used for camping when our sons were in collage and would go camping with their friends, as an excuse to get away from parents. However, it is those things that make camping more comfortable that are very handy when the power is off for over a day. Our camping kettle, coffee maker and flashlights were all useful. So, I guess I was right to hold on to them.

However, maybe we could let the snowshoes go.

And, because a blog needs a picture: 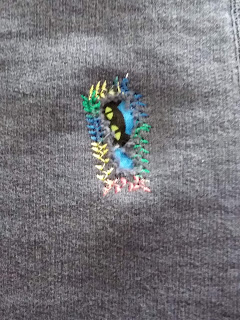 A bit of visible mending!

And Then, Suddenly Summer

In this crazy "spring" we are having, the weather suddenly turned hot, and we reached record highs for May. It was 31C (which translates to high 80's for the Americans) , not at all what we expect for mid May. I felt wilted and didn't get much done in the way of sewing.  This was followed by thunderstorms and heavy rain. today, things are a bit more normal.

Sadly, my apple blossoms didn't do well in the hot weather. 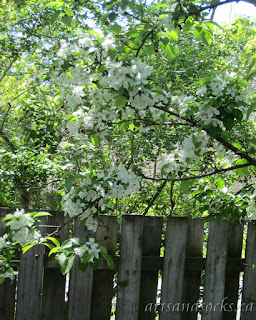 They are nearly finished and they just opened. The pink ones look very sad! Hopefully, we will get enough little crab apples to feed the birds over the winter.

I am actually finishing a quilt, started a very long time ago, 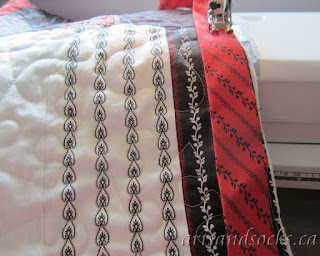 The top resurfaced in my recent tidying and I took it to the long arm quilter to be finished. Now, it just needs its binding.

I do have plans for a couple of new bags. With this in mind, I placed an order with Emmaline Bags and got some new hardware in sizes I didn't have in stock. This is suited to smaller bags. 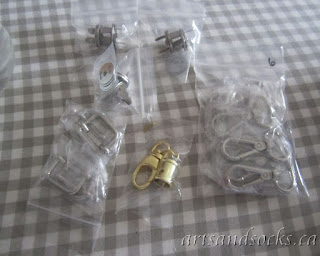 Kind of boring, isn't it. Hopefully it will make the bags look classy.

Finally, I was cleaning out a closet and came across this. 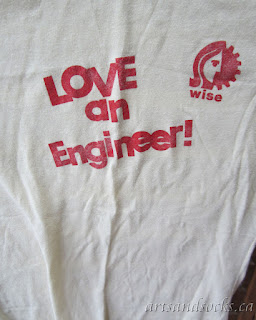 This is my shirt from my university days. WISE stands for Women in Science and Engineering. At the time, women made up about 2% of all engineering students, so we were proudly trying to make our presence known. The numbers are higher now, but not what they should be. Sad, because I don't understand what prevents women from joining the profession.

Winter seems to hold on forever. April seemed to alternate between cold, wet days and snow! Then, one day, it is spring, in all it's brief glory. 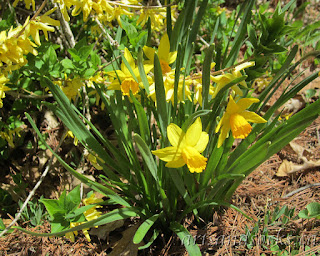 Daffodils were my mother's favourite flower. So these always bring me a smile.

Our area is know for tulips, since 1945, when the Dutch Royal Family gave us bulbs in thanks for providing safety to Queen Juliana and her family during WW2.

The tulip meter says that today, the tulips are 5 out of 10.

These are my tulips. 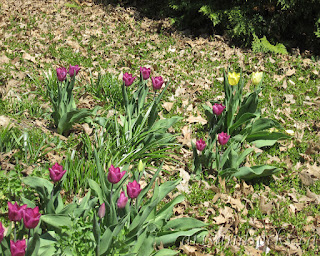 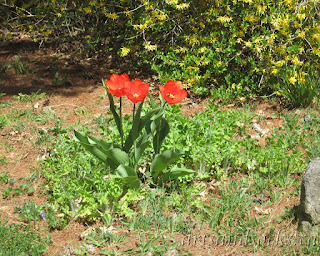 As well as some yet to open. 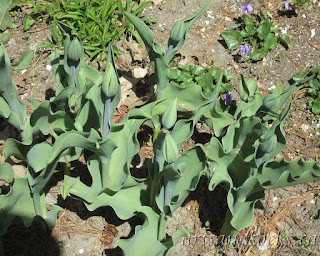 Since the squirrels are known to move the bulbs in the fall, it is always a surprise where and what colour might pop up.
There are also wood violets appearing in the lawn. 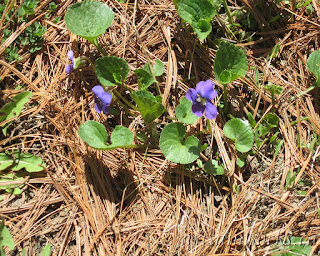 These are all a feast for us to see after a long winter.
I do yoga a couple of times a week. If I leave to dogs alone, and no one else is home, they bark and bother me, so this week, we all did yoga together. 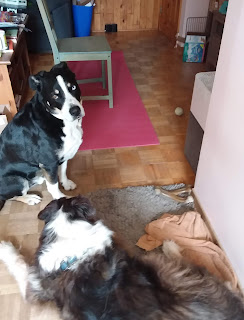 I use the yoga mat with a chair as a prop. Doug is trying to be a good dog and not put his paws on my mat.
No sewing this week. Not sure what happened to prevent that.
Posted by Kate at 4:07 PM 5 comments: