No matter how many times it happens, winter still arrives before I am ready. This year, I've had my snow tires on for over a month, before the snow came on Monday, but my boots were no where to be found. Most people around here have the opposite problem. Of course, it is kind of understandable. Last week it was +10C (59F) and yesterday it was -10C (14F). Now the boots have been found, and the weather is expected to go back to the plus side on the weekend, so I won't need them for another week or so.

All this does, is remind me that Christmas is on the way. So I finished the socks. 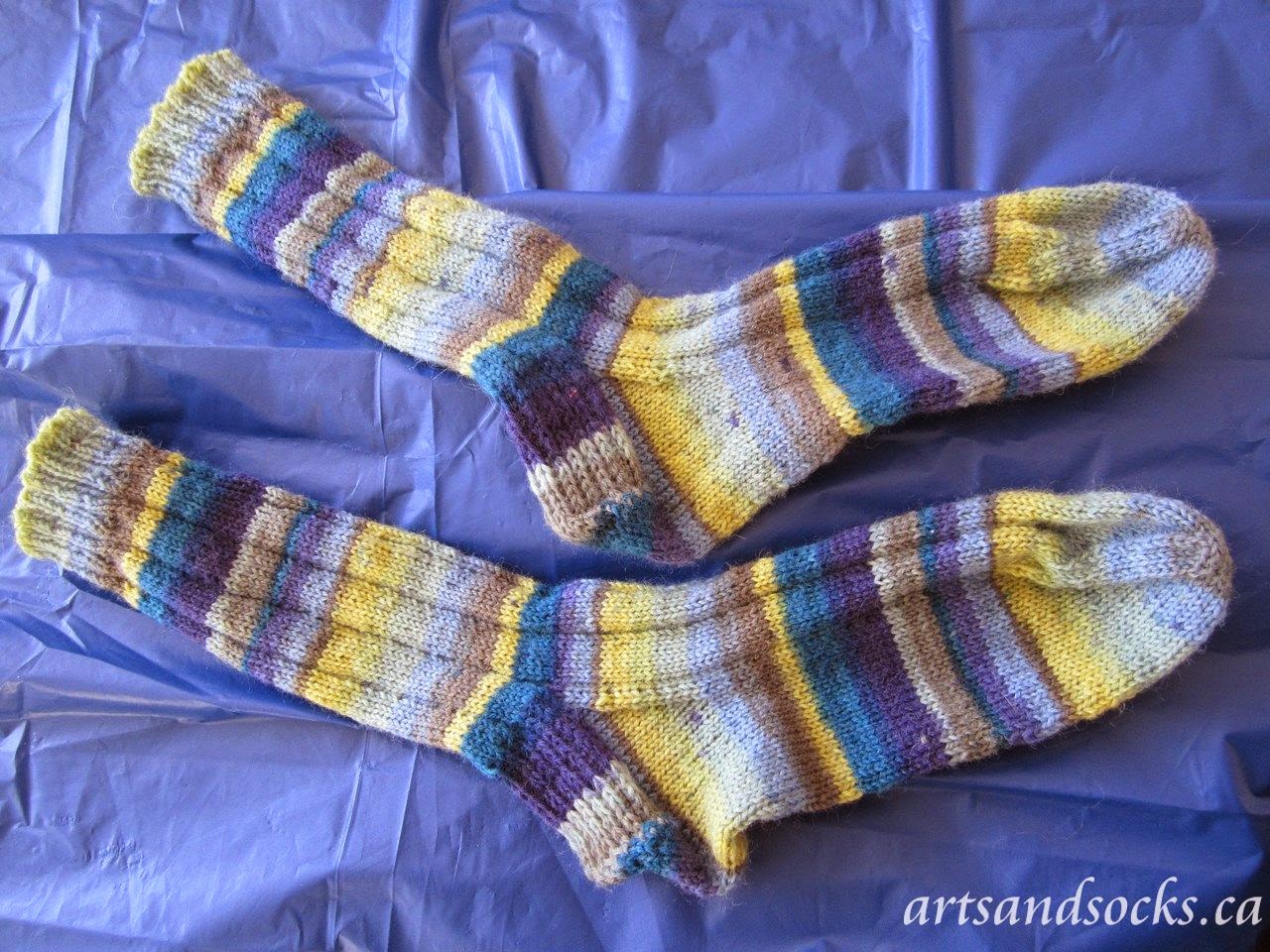 They match! This is always good, although I must try to make a pair that are not suppose to match.

I pieced my table runner. 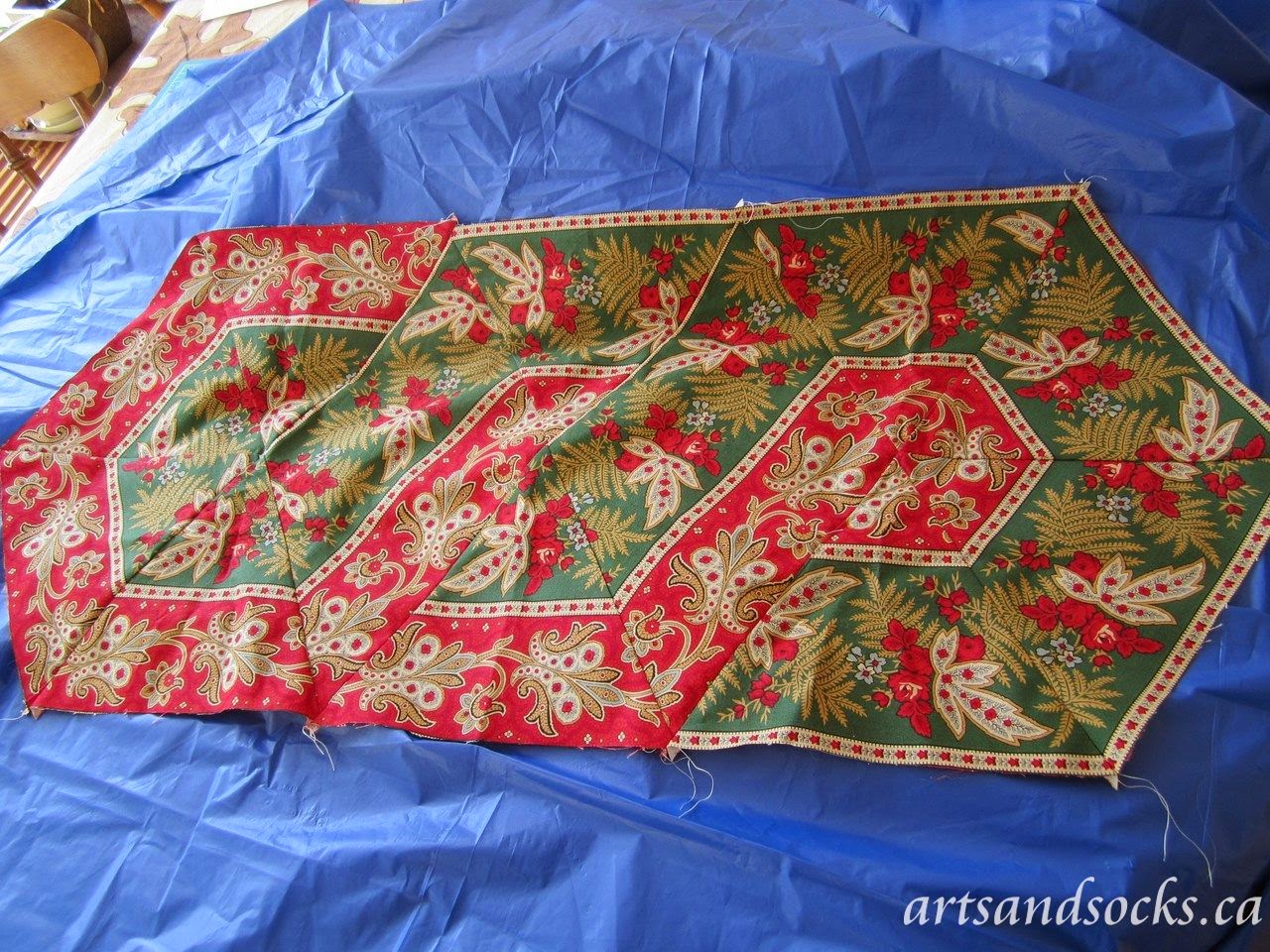 I ended up making it one strip longer, so now it is runner length instead of placemat length. The length of these runner is, of course, determined by the width of the stripe in the print. 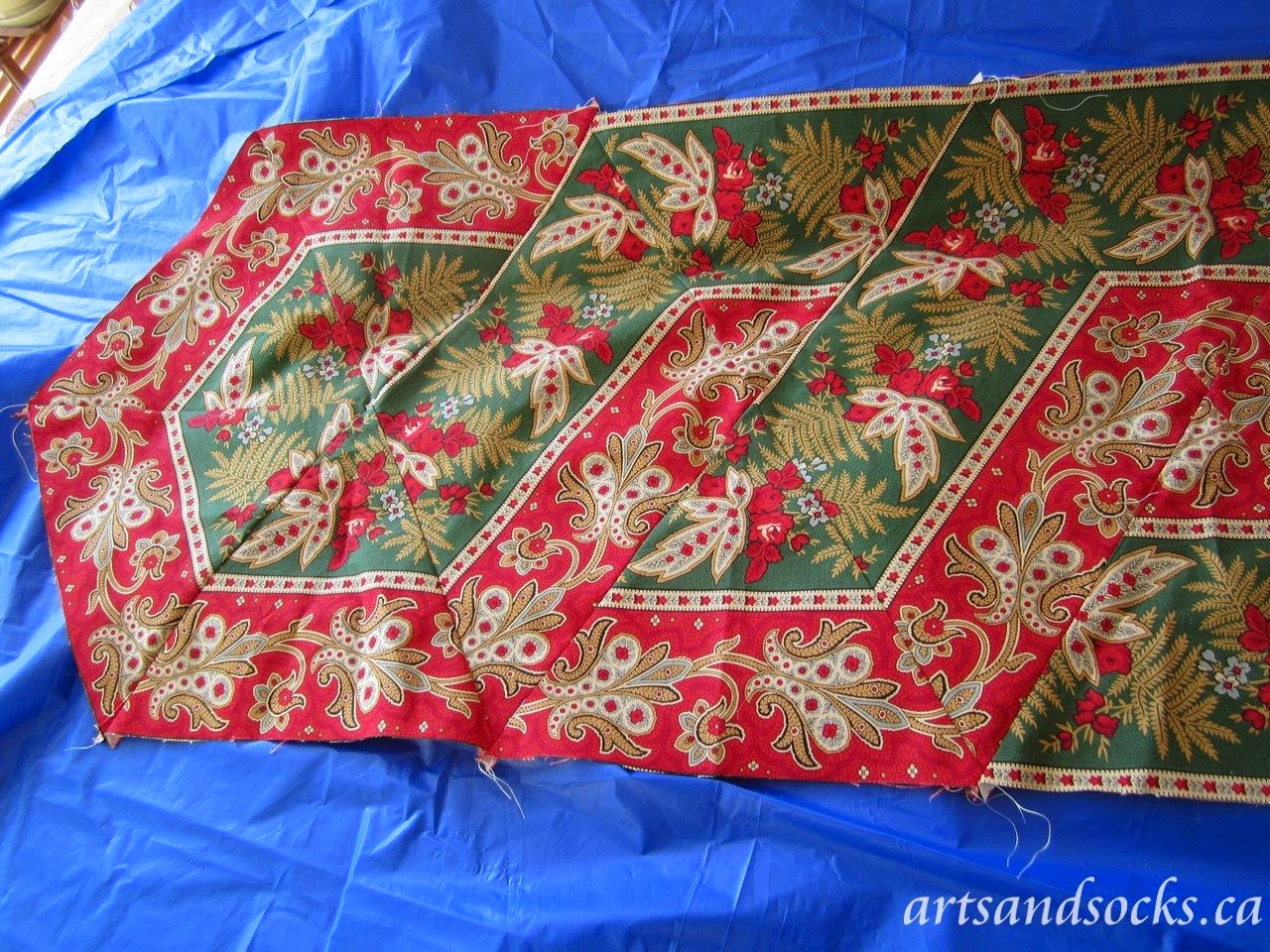 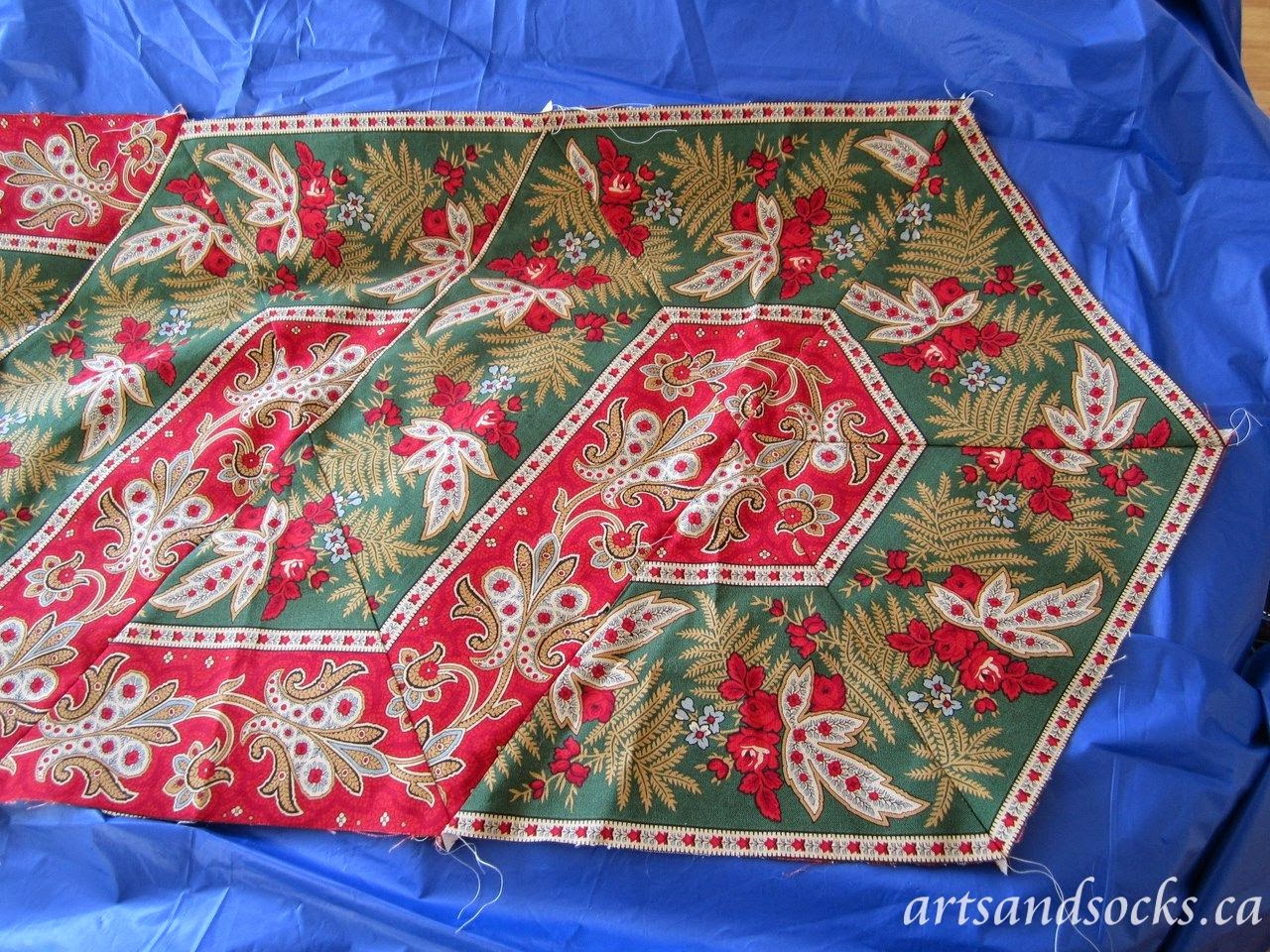 Next up, some quilting!

Sometimes, things don't come out quite the way you envision. I found a pattern for a cowl, covered with celtic knots. I was asked for something in blues or purple. I had some yarn in that range. so I cast one and went to work. 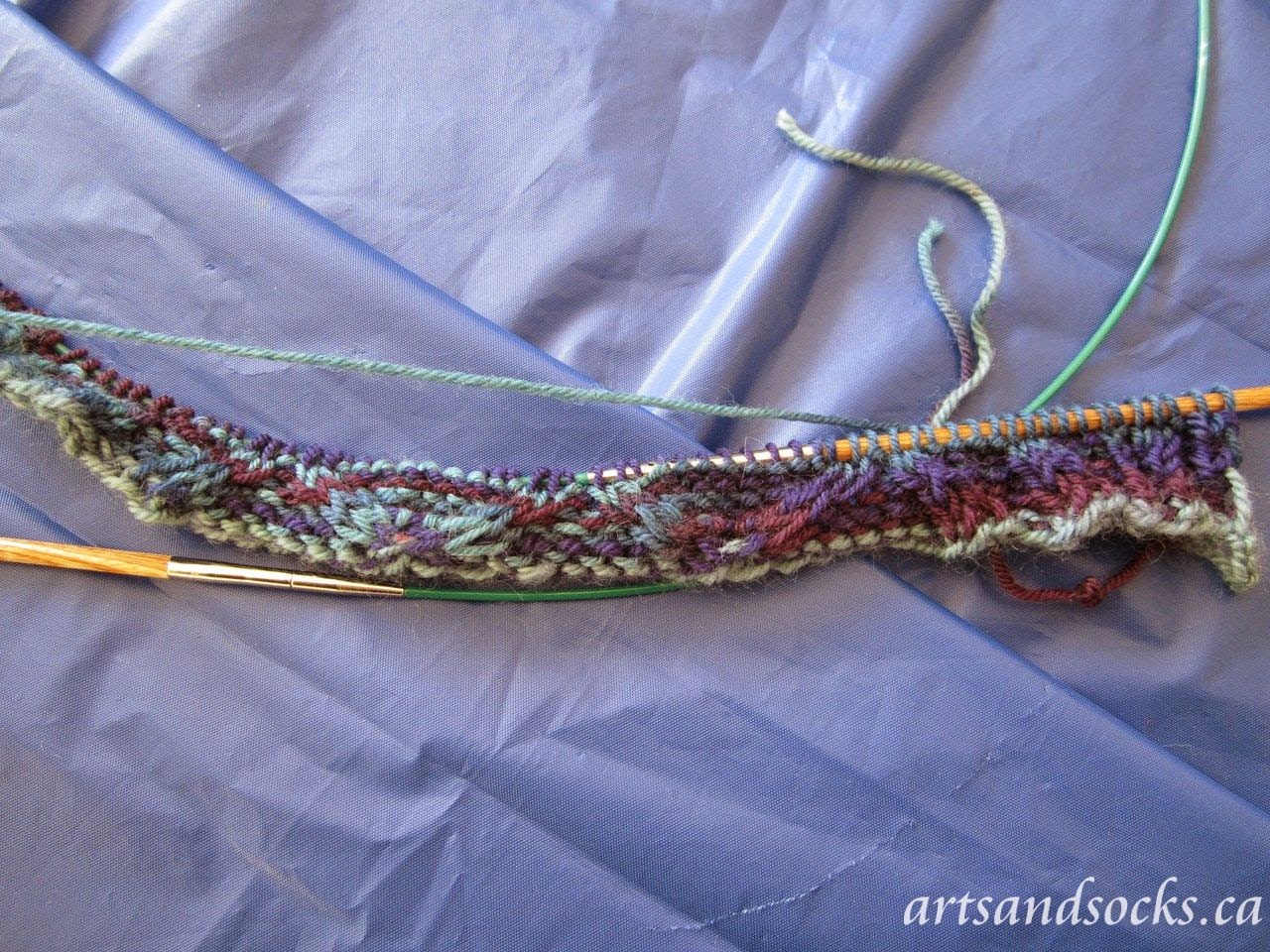 After about 8 rows, I realized that the pattern was lost in the variegation of the yarn. However, I really liked the wool, so I am on to plan B. 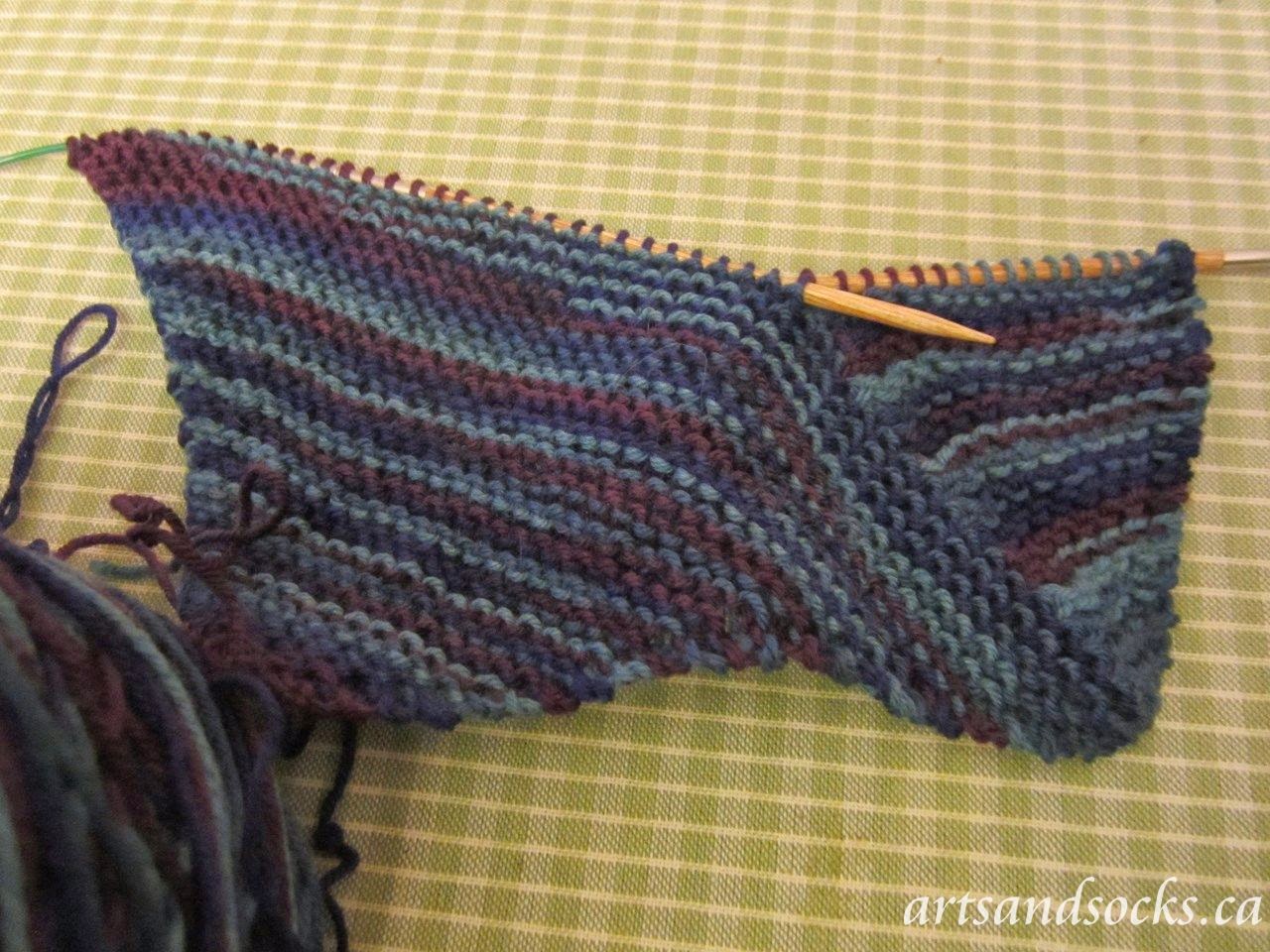 This will be a scarf and the pattern plays on the variegation to give texture to the work. I am liking this much better. Now I need to find a yarn to make the cowl in.

First off: for everyone who wonders how I could foster 142 cats and kittens to date, check out this video.
Kitten Therapy

Now, back to my week.  It is time to start on some Christmas gifts. If you are on my list, close your eyes.

A friend came over, yesterday, and we cut out a couple more table runners. Here is mine, with some assembly still required. I may add another piece to the centre, since it is only about 24" long. 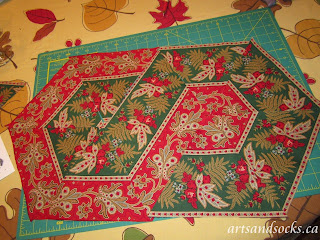 I started a new pair of socks and they are coming nicely. 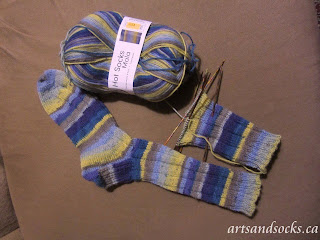 So far, they are pretty much identical. It is always a challenge to see how close to the same I can make the self striping yarn socks. These are a rather masculine Knit 6 Purl 2 rib.

And in my spare time, I have been playing puppy games with Doug. 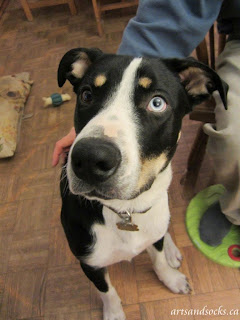 Such a sweet boy, it is a wonder I get anything done.

Followers of this blog may have figured out that I love to make bags. I currently have one in progress. 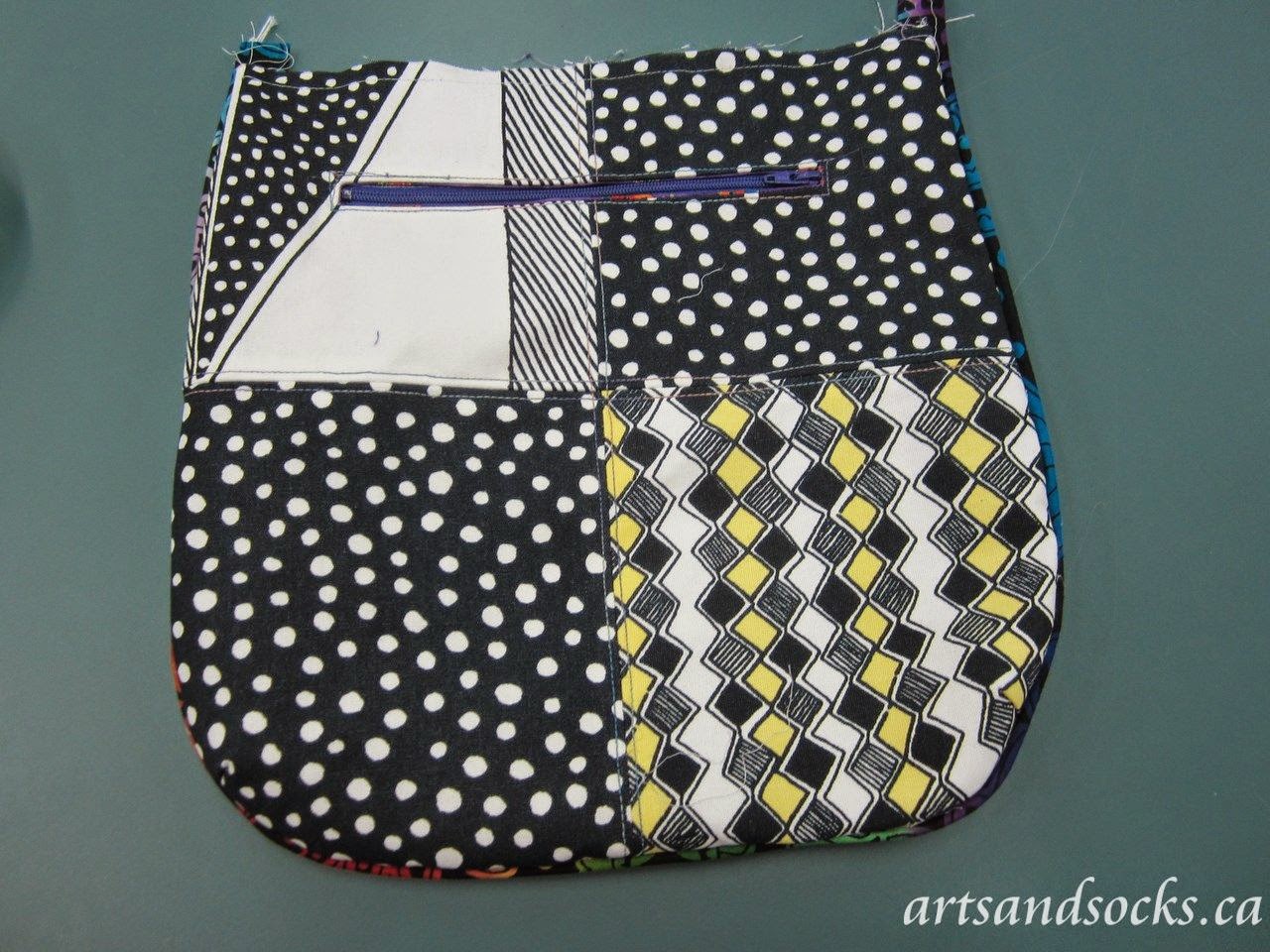 I think it would be awesome to have a bit of bling to hang from the strap. Something like this. There is a contest right now, over at Emmaline Bags, and you can win two of these gorgeous bag tags to tell the world your bag is hand made. Something to be proud of.

Drop over to Emmaline Bags and see if you can win the other set of tags (I want one set for me!)