A Walk in the Park

I live in a lovely suburban area with lots of trees and parks. Yesterday, my grandson and I went for a walk in a nearby wooded park. 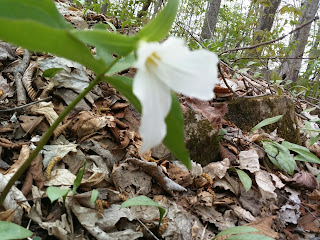 Trilliums are the provincial emblem for Ontario. The grow in deciduous forests before the trees put on leaf. 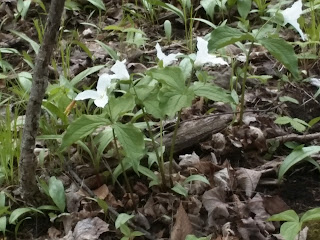 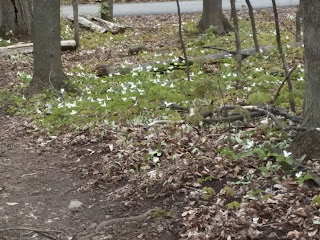 The woods were full of them. 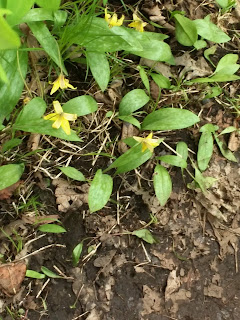 There were also Trout Lilies. They aren't as abundant as the trilliums. 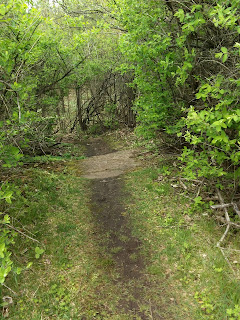 Though it is hard to tell from the picture, but in places the path goes nearly straight up and is bare rock. Good exercise for Nana, my fellow adventurer ran straight up. 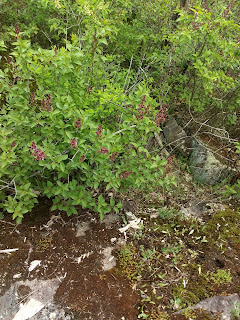 Oddly, there was a lone little lilac bush next to the path near the edge of the woods.
We walked a total of just over 3 km. I was sore and tired at the end. 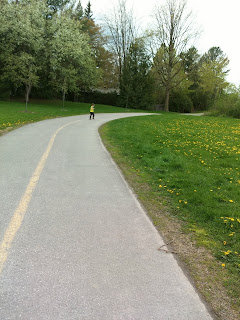 But somebody was still going. Only an offer of a snack convinced him that it was time to head home. 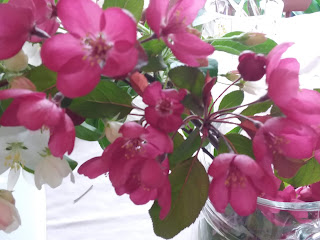 Today it is raining. However, I have some apple blossoms to keep me company in the house.