Monday was Family Day, which. for us, meant that we could do whatever we liked because everything was closed. So, while playing in my office, I came across a pattern book that I have had for awhile. It is called "More Polarfleece Pizzazz" by Ruthann Spieglhoff. In it was a pattern for mittens for littles.  I found a piece of fleece, from my Polarfleece era of sewing. I copied the pattern, and soon had this. 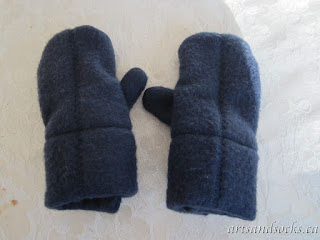 Since it is February, and the stores have no mittens, just shorts and bathing suits, some new mittens seemed like a good idea for a guy who keeps losing his. 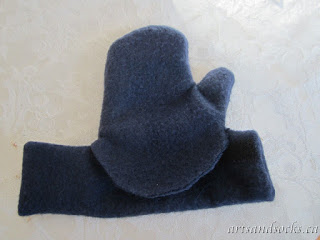 They are easy to put on, because they open up. There is a flap that comes down into the wrist area to keep the snow out. It doesn't show well, as blue on blue. 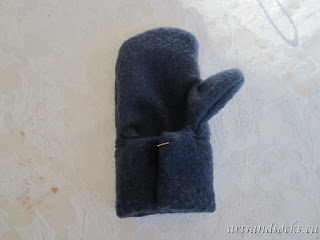 They do up nice a warm, with velcro.

Today, we took them for a test play. The conclusion is that the wrist band needs to be a bit wider and the flap that is on the inside of the mitt needs to be a bit longer. So, I will modify the pattern and try for a new pair for next week. They only take about an hour to sew.

I cast on a new sock to take to appointments and my kids knitting classes. Simple and mindless. 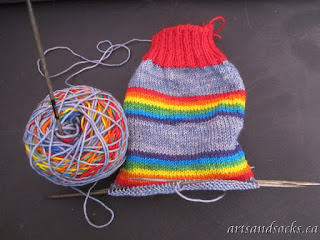 Just a plain vanilla sock knit in a lovely yarn that needs no embellishment. This is "What Does It Mean?" from TurtlePurl yarns. You can find it here.

I added another storage unit to my sewing room and after I fill it, I'll show you.
Posted by Kate at 3:39 PM 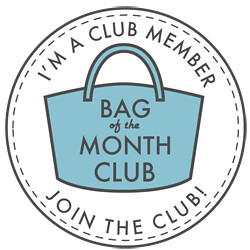