Sandra, over at mmmquilts has a monthly link up DrEAMi (Drop Everything and Make It) where she asks to see our squirrels, the projects we just had to do.

After my mask manifesto last week, I decided I needed to make my grandson a new hat. He comes to play with us once a week, and Dad never remembers to bring a hat for him. The point of his visit is to play outside while socially distancing, something that is very difficult in his townhouse. So, he needs a hat. He has been wearing one of mine, but I thought I'd have the fun of making a new one just for him.

The fabric is from a line called Purely Canadian, Eh! Summer BBQ. Let's face it, nothing says summer in Canada like a bear cooking salmon on the grill, or a moose riding a paddle board. 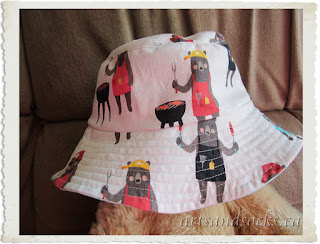 Bear tried it on, but says it is too big for him. Funny, the grandson's hat used to fit better. 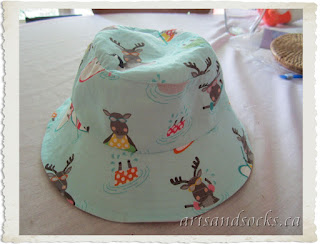 This is the side with the moose playing in the water.  Yes, the hat is reversible. 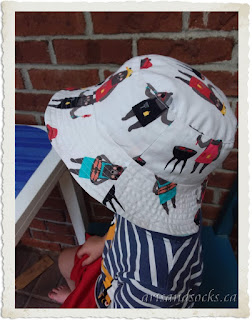 Fits him, much better than it does Bear. The best part is that he likes it. Now if we can just keep it on his head!

I actually made two hats (technically 4 because you put one hat inside the other to make them reversible), and one is on its way to Edmonton, to adorn the head of another little boy.

And because this is suppose to be about squirrels, Doug would like to know where the squirrels are. 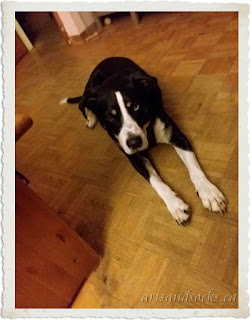