In Which Some Progress is Made

My goal for May seems to be running into June, but it is nearly finished.

First off, the magnetic closure experiment: it is a success, though I think it might need a bit of improvement. 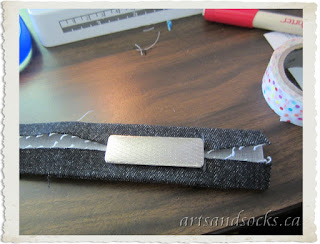 I have the metal keeper piece attached to the loop side of the velcro strap. I think next time, I would put it between the fabric so only one layer is between it and the magnet piece. 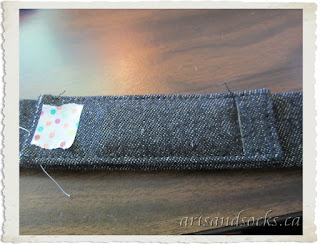 I used a piece of washi tape to show which side the magnets are on so I can sew it the correct way around. 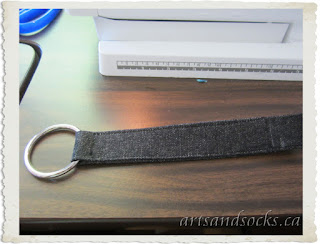 This is the fancy decorative strap, which has no use except to look pretty.

The front of the bag has an overlay and the pattern said to fold 1/4" under before top stiching it. Since the piece was going to be interfaced, I used a trick I learned in applique. 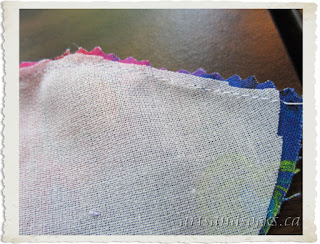 I stitched the interfacing to the edge that needed turning, then fused it to the back. 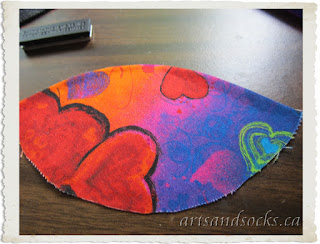 A much neater edge than I would get just trying to fold it under.

Today, I gave myself a sew day, and made major progress. 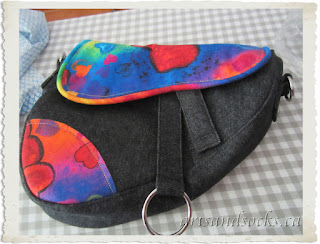 The exterior of the bag is finished! The curved edges went together without a single tuck or pucker. No stitch ripper was required today, except to put the magnetic snap on the back pocket. I've learned so much from other bags, that have come together to make this bag. Double sided tape keeps things in place. A basting glue stick is a big help to hold things, sometimes. Moving the needle often makes the top stitching much tidier.

The lining and the strap are left to do.

I finally took pictures of my "Through the Witches Garden" shawl, outside in the sunshine. 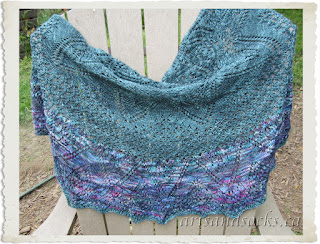 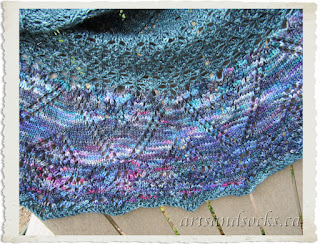 The colours are so much brighter in the sun.

Email ThisBlogThis!Share to TwitterShare to FacebookShare to Pinterest
Labels: my bag of the month, shawls, wip