August has flown by. I had big plans to finish a wall hanging and a paper pieced project. The highlight of my month, instead, was the Virtual Pride Walk for Bruce House, when six church friends joined me on a walk around the neighbourhood, and for a social time after, all carefully distanced.

The walk was very successful. We raised $750 which will be matched by a corporate sponsor. It is good to know that while big fundraisers like galas are cancelled, it is still possible for individuals to make a difference in their community.

So far, I have made 20 Hand Sanitizer Pouches, and I have orders for a few more. These were the last ones I finished. 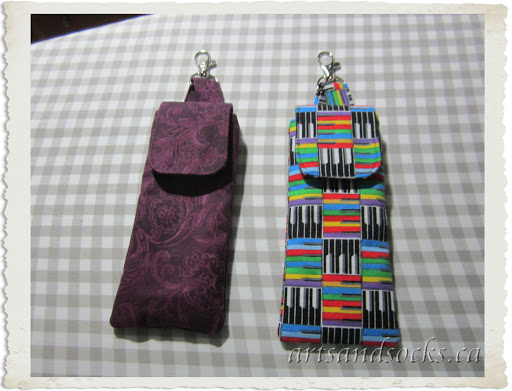 I also changed the cover on my ironing board. I bought a new one at IKEA months ago, but it took spilling coffee on the old one to get me to change it.

This week's Drop Everything And Make it moment came when I heard that a good friend of my son had her baby. I had been told that the baby was due in October, but apparently that date had been changed. Mom and baby are fine (Dad is probably in shock), but the baby gift needed to be finished, immediately. 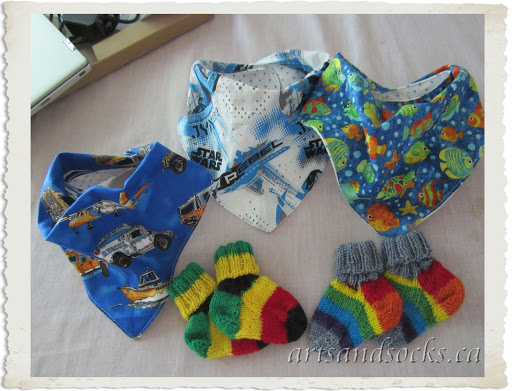 So, I grabbed some fabric and made some bibs to go with the already finished baby socks. There are fishes, because the baby is a Maritimer.  There is ambulances because her mother trained with my son as an Advanced Care Paramedic. There is Jyn Eros from Star Wars, because little girls need strong female role models (and her parents are Star Wars fans). The bibs were sewn, the parcel was packed and they were in the mail, in very short order.

This week, I have been enjoying a juvenile Blue Jay, in my backyard. He (or she) has figured out that we put peanuts on the windowsills for the birds. The windowsill was empty, so he is making his request at the window. 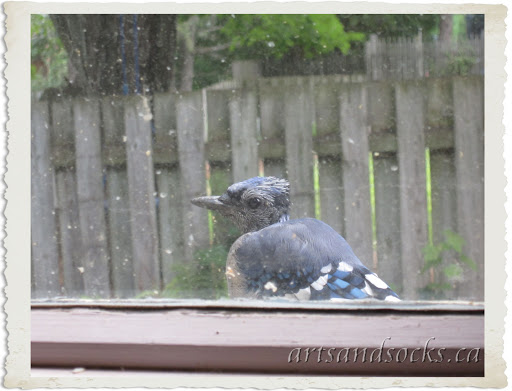 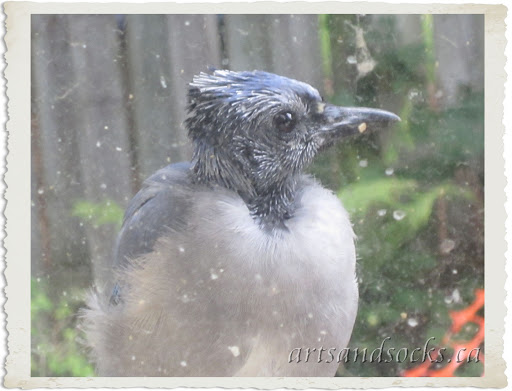 His grownup feathers are slowly coming in, while his baby feathers are still visible in places. I am referring to him as my baby pterodactyl, although he is losing that look, quickly. You can just see the start of what will become his crest.

My grubby windows made me realize that the window washing crew hasn't called to tell me when they are coming. So, I dropped everything and sent them an email, asking for an appointment.

I am linking up to Sandra at Musings of a Menopausal Melon - mmm quilts.