From late October until late April, there are no signs of life in my garden. After 6 months, it is very exciting to see things coming alive again.

Today, with weather that could be called spring, I wandered around taking some pictures.

The forsythia in a sheltered corner of the fence made an appearance on the weekend. 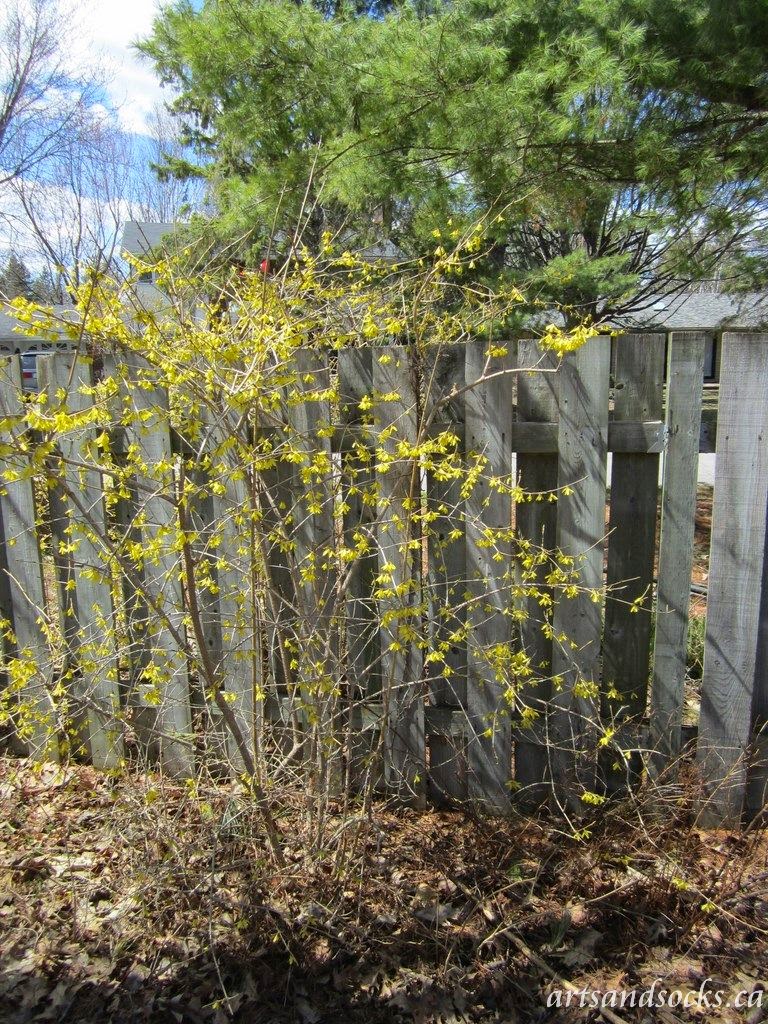 The one, more exposed to the elements, on the outside of the fence, opened up this morning. 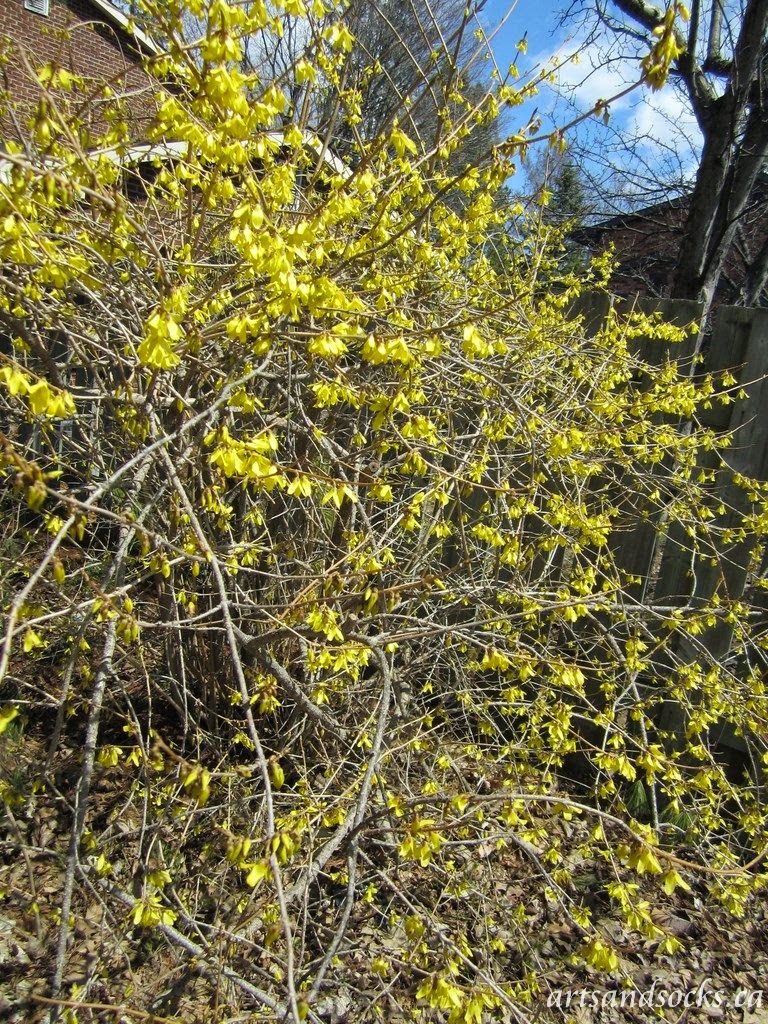 We have had this bush for nearly 30 years, and although we feared that the city works department had killed it by digging it up, a few years ago, it was much tougher then that, and is back to delight me again.

Under the bush, there are scilla. 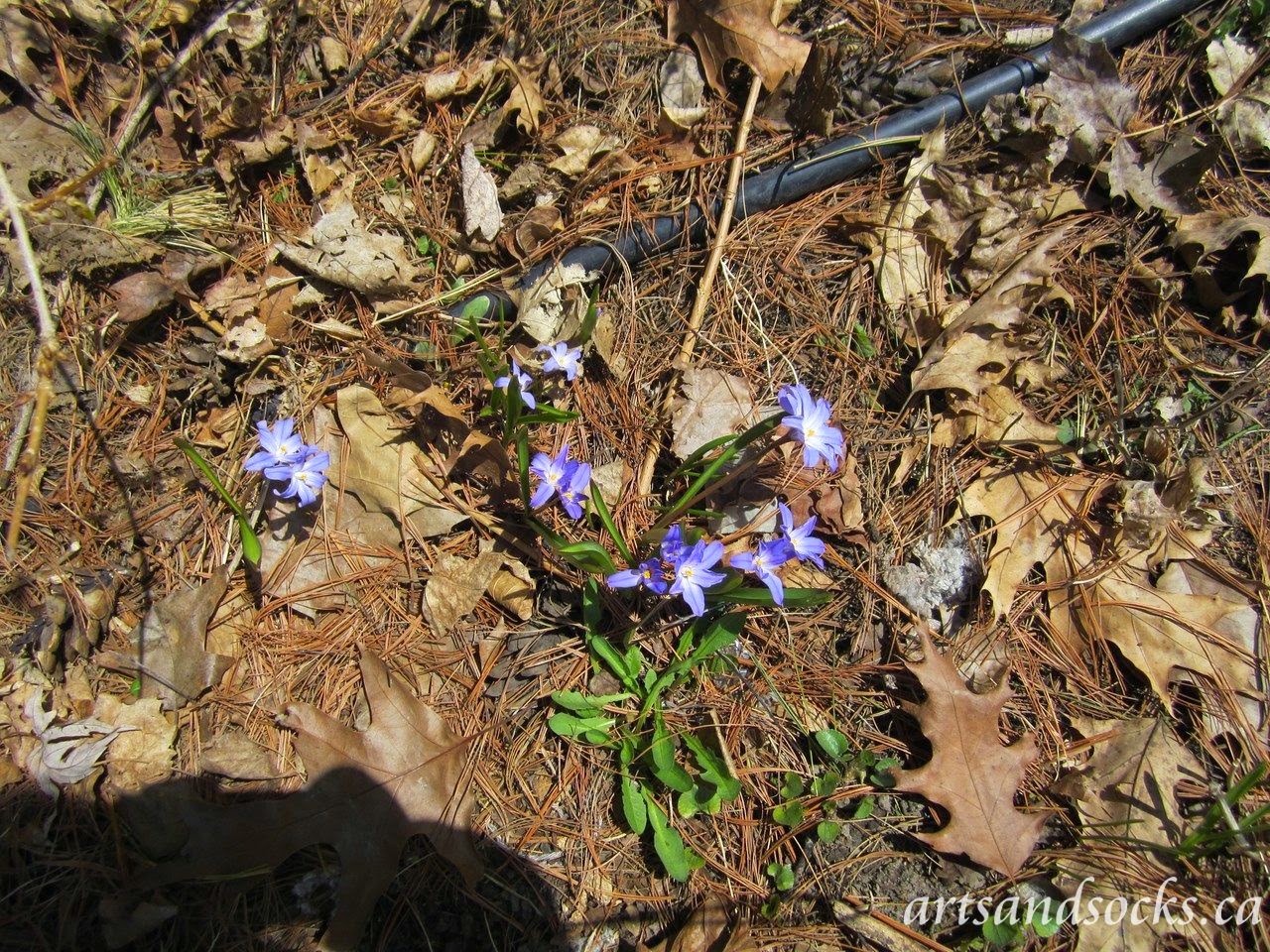 They seem to be on the outside of the garden edging. They do like to wander.

Nearby, I found some mini daffodils. 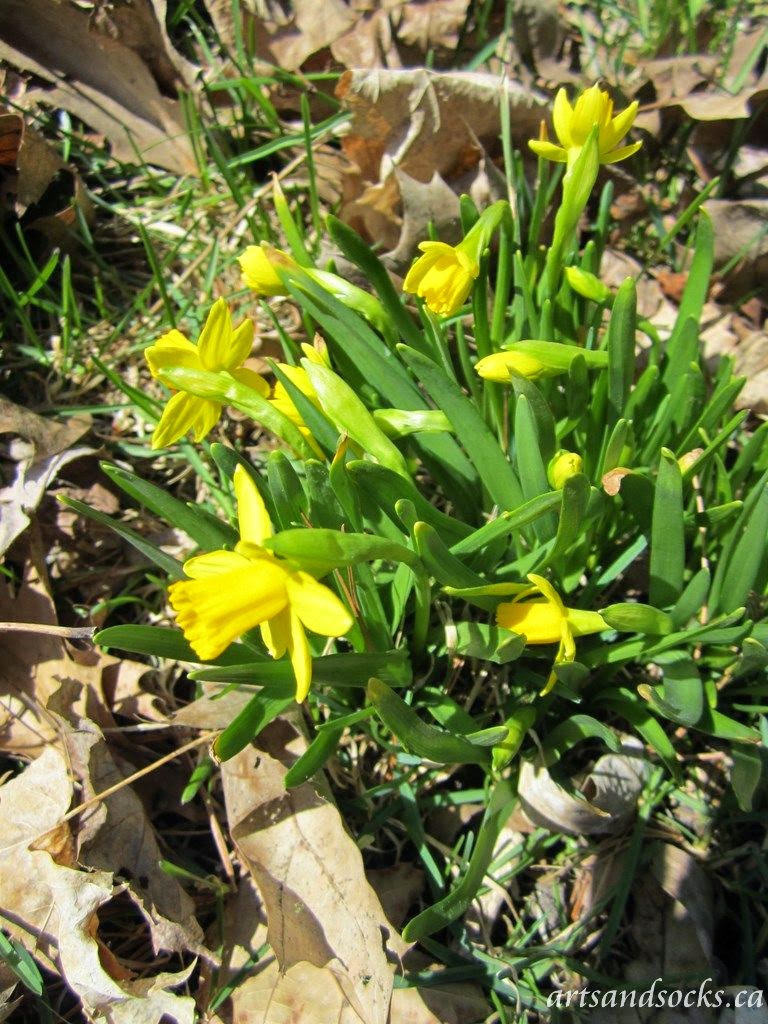 These are about 6 inches high, but they are making a big splash.

The bloodroot will be open tomorrow, I think. 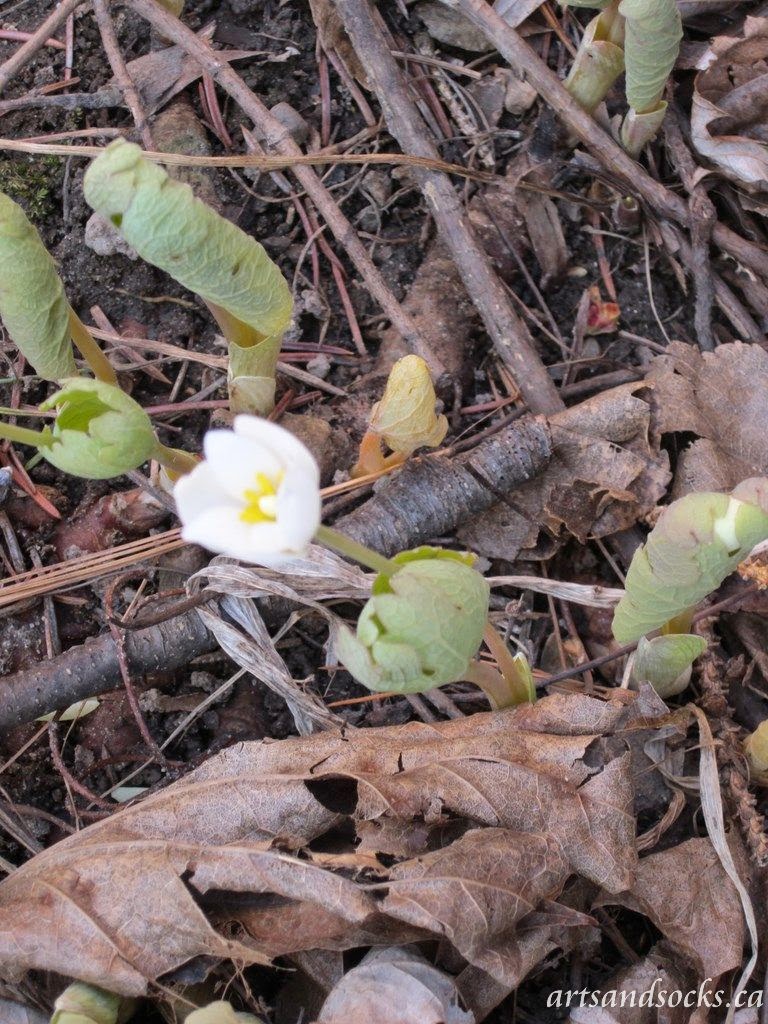 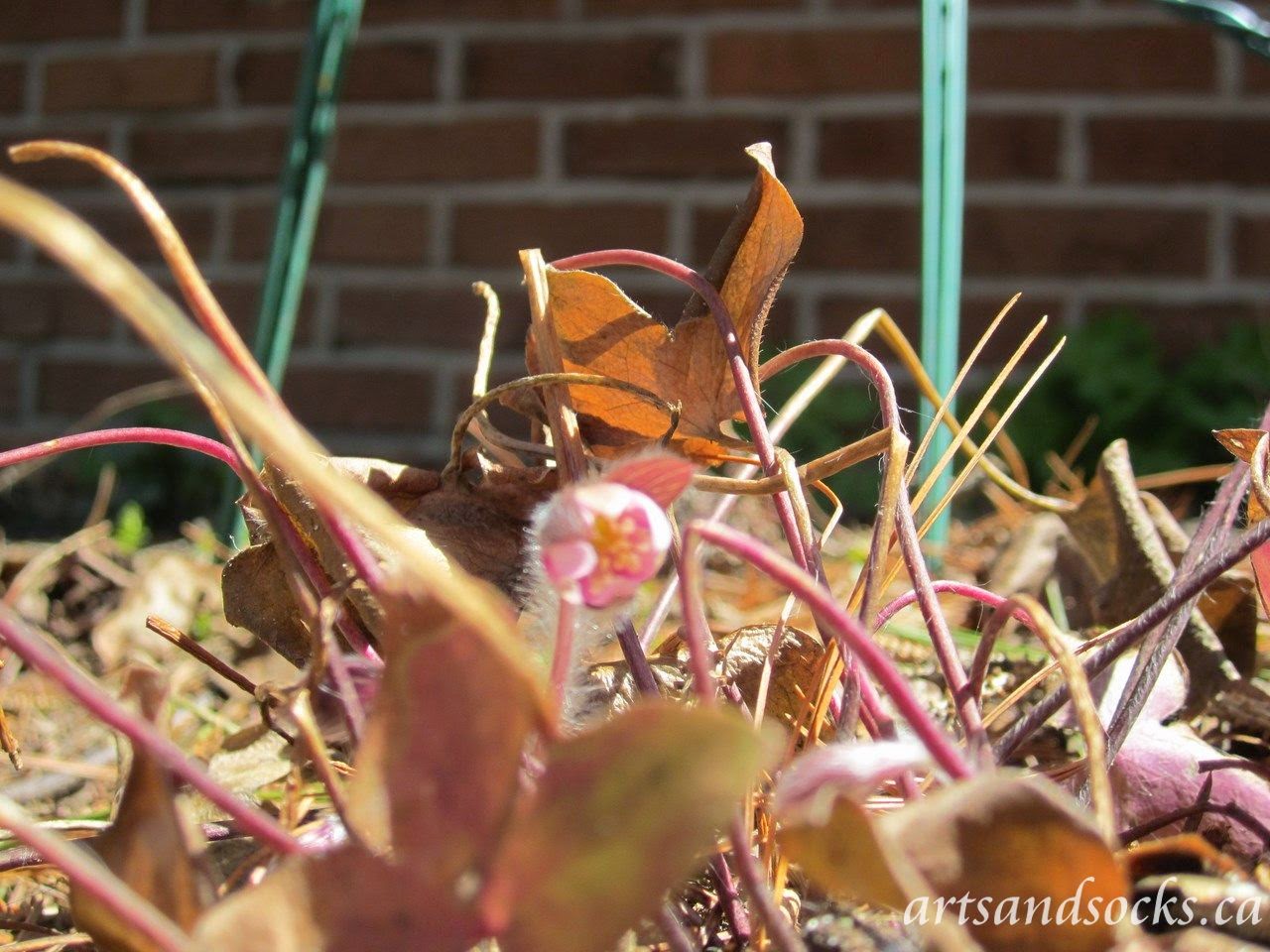 And this picture is for Maggie. 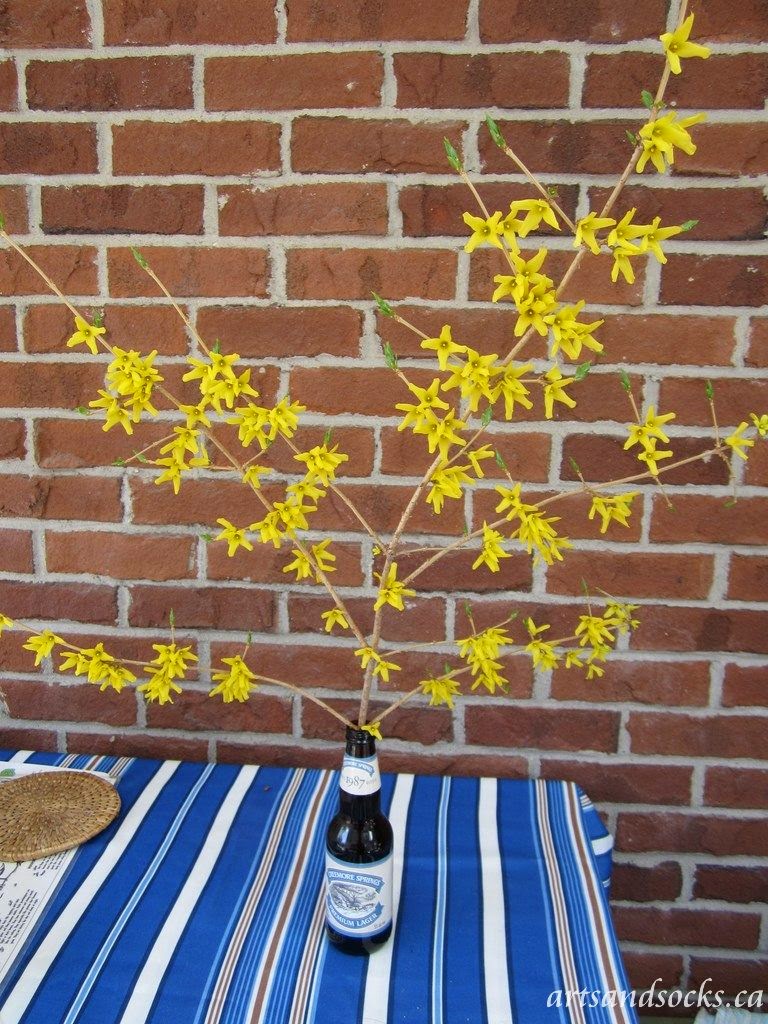 My husband brought me in some flowers, the other night, and put it in a handy "vase"

Email ThisBlogThis!Share to TwitterShare to FacebookShare to Pinterest
Labels: Photography